Skip to content
Announcements:
SWACHTA PAKHWADA
AMRITAVARSHAM 63 – Amma’s Birthday Celebrations
City Coordinator for Verification of Evidences of Assessment
The World is a book & those who do not travel read only one page…
AMRITOTSAV – Annual Day Celebrations
Hats off to Gita Prachara Samithi Winners!
Grandparents’ Day Celebrations
ONAM 2016
KUDOS to Master SREEKAR
AMRITA FEST 2016 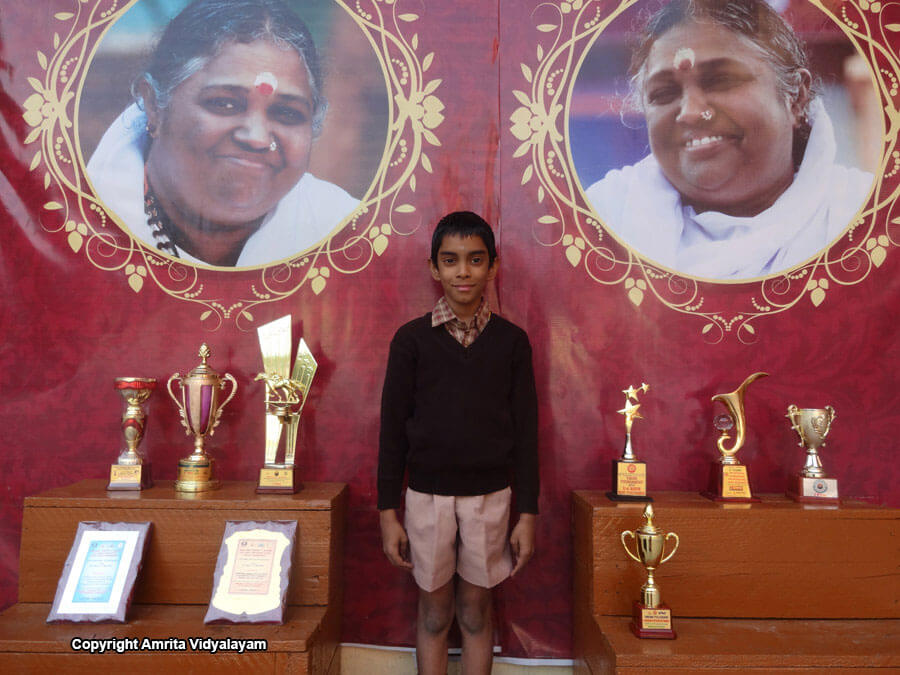 J.S.S. Sreekar of Class V has participated in many chess competitions and won several prizes. He has secured…

Sreekar donated his cash prize of Rs. 8000 to master Vinay of Class III for his cancer treatment. He has put into practice the noblest values which are rarely seen in today’s society. He has shown that life’s deepest joy can be experienced only through selfless action.